The more quality the product provides, the more love it gets from the users.

And the bigger gets the number of users that are going to love it further down the line. 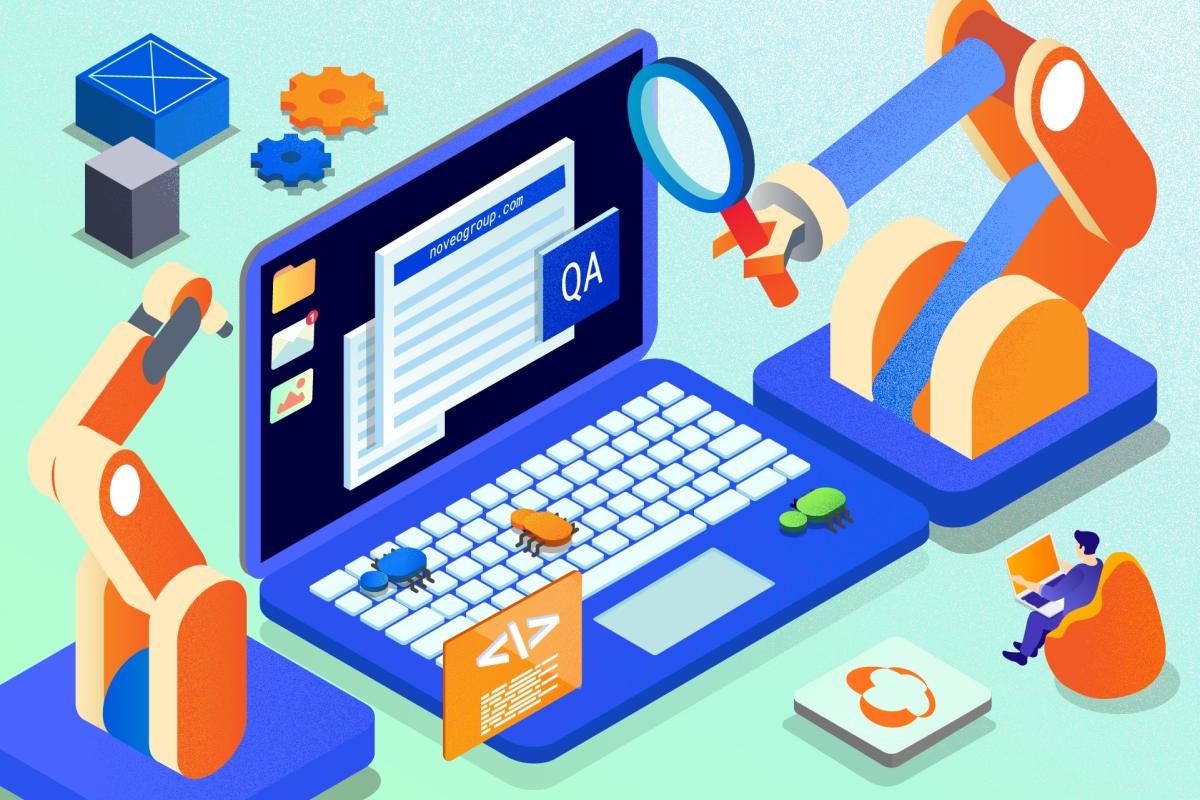 In the IT industry, it is quite rare to come across a product with no alternatives whatsoever. Many solutions on the market can overlap both in terms of their functionalities and target audiences. Naturally, this often gives way to an unspoken competition between IT agencies which, in turn, results in high quality standards for released pieces of software. Even the slightest differences in the way two seemingly similar applications may work, or look, have the potential to attract the users’ attention and make them choose one product over the other.

It goes without saying that the application should be fully functional; moreover, the users are much more likely to give their preference to an app that is fast, secure, and easy to operate. Like so, the quality of the product – its being bug-free, responsive, reliable, user-friendly – becomes one of its major advantages on the digital market.

Many a time, the lack of attention to quality causes companies not only to lose their profits, but also to spend a lot of money in order to fix the (belatedly) found issues.

For example, not long after the launch of Amazon, one lucky customer managed to order a negative quantity of books – and got paid by the service to, apparently, ship the books to the warehouse instead of receiving them in the mail. The error was due to the company wanting to be the first to take over the online bookselling market and choosing speed over the quality of their website along with some other important factors.

In cases like this, it’s not just about the money – it’s a matter of one’s image as well. People would generally not be as interested in buying things from a vendor with poor reputation. With the information being easily accessible all over the Internet, even a little bit of negativity (be it a news article or someone’s comment on social media) can affect the company’s image and, given the competitiveness of the industry, send it to the bottom of the charts.

In order to minimise such risks and avoid any possible repercussions, it’s recommended to include QA engineers in the development process. Quality Assurance specialists have the skills and knowledge required to efficiently monitor and improve the quality of the product, understand the way the app is designed from a technical point of view, and evaluate it from the user’s perspective. Their expertise allows them to detect all sorts of issues at every step of the way – including the initial elaboration phase, when there’s not even one line of code written yet. This kind of direct QA involvement helps the team to significantly reduce the cost of upcoming development.

Let’s take a look at a couple of software development stages and check how QA engineers can influence the design of the final product in each particular case:

Using the specification and designs as a point of reference, an experienced QA engineer can assess the risks and issues that might arise during, or after, the implementation of an application. Plus, they can make sure that the app is easy to navigate, and that all of the use case scenarios and subtleties important to the end-user are taken into account.

Let’s say, you want to make an email app that has a meeting scheduling feature. While examining the specification, a QA specialist might ask, “How should we handle time zone differences? For example, what will happen if a user sends an invitation to someone who lives at the other end of the world?” If time zones are not accounted for during the development, app users may end up missing their meetings and having their schedules all mixed up as a result.

Having the specification and software requirements reviewed by a QA engineer early on in the process allows the team to make the documentation more detailed and comprehensive. Consequently, it also saves some of the developers’ time since they don’t have to spend it on clarifying the requirements during the course of implementation.

All developed functionalities must fully meet the predefined requirements. Every use case has to be implemented without any flaws, all the way from the underlying logic of the app’s features (those available to the user) to colours used for the UI, and to clear, typo-free texts.

Software testing constitutes the biggest portion of the work performed by QA engineers on a regular basis – it’s the most important frontier before the final release, and the last chance for a specialist to make a positive impact on the product and its quality.

By this time, an experienced QA engineer may come up with a list of helpful suggestions and improvements – for example, they might spot a couple of possible tweaks that could make the app’s interface cleaner and more appealing to the end-user. Some of the most popular and frequently used scenarios might end up being way too time-consuming. Adapting the application and simplifying the scenarios in question can help in leveraging user experience and driving in more customers as well.

From time to time, testing gets entrusted to software engineers. However, the testing process requires the person in charge of it to have quite a wide range of skills, knowledge and experience. Having a different area of expertise, developers tend to spend double, or even triple, the amount of time performing the same sets of checks as QA engineers. And, despite all the time spent, developers are still more likely to miss various bugs and errors – since QA specialists are used to examining the apps from the user’s perspective, they can detect a whole bunch of issues unobvious to programmers and determine at which point the interface stops being “friendly” quite quickly.

Quality Assurance engineers also keep their eye on the following aspects of the product and the project as a whole:

Once the QA is onboarded and integrated into the team, they may suggest making some alterations to improve the development process. This can directly affect not only the quality of the upcoming delivery, but also the time needed to prepare all future releases, therefore reducing time-to-market.

In addition to the correct functioning of core features, the application should provide a sense of stability – it has to work equally well at any hour of the day, regardless of server load and network fluctuations, periods of peak activity and high user demand. That being said, if scaling and optimisation of the app are done towards the end of development, they can become some of the most resource-intensive tasks on the project. Why? Simply because they would most likely require the developers to rewrite the majority – if not the entirety – of the existing code.

In the ever-expanding cyber-ocean, data protection and user privacy are becoming more and more important by the day. If users get a feeling that their personal information is being leaked, they can completely abandon the product and lose all trust they had in the vendor in an instant. This is why a lot of QA specialists dive deeper into the sphere of cyber security and learn about various types of hacking techniques. This knowledge allows the engineers to detect any sort of software vulnerabilities before they get exploited by someone with rather malicious intent.

Documentation is an essential part of a complete, finished product. It mustn’t contain any mistakes, typos, inconsistencies, or ambiguous phrasing. How clear is it from the point of view of a casual user? How well does it reflect the implemented set of functionalities? In the case of complex systems, a comprehensive guide may become the only key to learning how to work within the application and get the desired results. By extension, it also leads to a positive user experience, instead of a constant overload of customer support teams. QA engineers understand the value of quality documentation (whether it’s intended for users, developers, who-have-you) and can help the team to set up and/or streamline the process of systematic information updating (including test plans, project wiki, and many more).

As you can see, QA specialists can be involved in the majority of project life cycle phases, are able to provide the team with a lot of valuable inputs, and improve the overall quality of the final product along the way – both directly and indirectly.

Nowadays, it’s almost impossible to imagine Netflix being slow or laggy – but, consider this for a second: in 2020 alone it scored over 203 million first-time users. The load must’ve been insane to say the least. Or, for example, can you think of a calendar app that wouldn’t notify you about any important meetings? Well, me neither.

This is why quality is recognised as one of the cornerstones on which one should build their product. Involving a professional QA engineer in the process can significantly reduce the time and budget needed for development, as well as minimise the risks of losing customers due to the unstable work of the released application.

Noveo Quality Assurance specialists have extensive knowledge of software quality standards and testing procedures, and are fully equipped to accompany projects of various complexity – making sure that the final product always meets the users’ expectations.